The first weekend restrictions were lifted on visiting parks for recreation, we went back to the Khola Botanical Gardens to walk. It was as beautiful as ever, with the water lily pond where a cute little turtle climbed onto a lily pad and then jumped off again. We walked the circuitous route down to the river and back getting our fair share of cardio exercise!  The following weekend we were able to go to Slaughter Falls a lovely parkland area below Mt Coot-ha where we walked along a winding trail where I came across the tallest, straightest tree I have ever seen! The Falls were dry but we enjoyed the walk amongst all the beautiful indigenous trees. On the way home, we went to the look out on Mt Coot-ha for a cup of coffee which we enjoyed sitting on the lawn overlooking the city.

Another Sunday, we were able to go to Springfield dam, which we walked around enjoying the sunshine and fresh air watching the fish swimming beneath the water lilies and waterfowl paddling along the edges of the lake dipping for food. The water dragons were out in force basking in the sunshine. We went on a bit further to Orion Park, to walk along the trail, I nearly stood on a snake that looked just like a twig, which sent me into flight mode screaming as I ran away. My daughter though it was a poisonous brown snake. After that scare we made our way slowly back along the trail to the car after a lovely weekend out of the house!

The Kohla Botanical Gardens became our favorite ‘get out of the house’ place to go as it was not too far away in Ipswitch and it is set in such beautiful scenery. We also took a trip down to the Brisbane River at Anstead where we enjoyed a walk along the river bank, saw a couple of bush turkeys running around and my grandson did some fishing.  We also had several walks in the Anstead Bush Reserve. My daughter and I walked down the trail to Sugars Quarry, it was a very steep road so I stopped halfway as I knew I would have to walk up it again!  We walked a very long circuitous route back to the car park instead.

When we were allowed to drive a bit further we decided to take a trip up to Toowoomba about 120 miles away, where we looked at the beautiful vistas from the top of the mountain, it was very cold up there so we went into the town for a cup of hot coffee. We went to see the windmill museum so I could photograph the old windmills, which have special memories for me.  I also wanted to see the Japanese Gardens but they were closed, we did walk around the park though, looking at flowers before heading home. We did the scenic drive back to Brisbane along the Lockyer Valley which was badly flooded in 2011. This rich fertile valley is the breadbasket of Queensland, mile upon mile of irrigated crops and agricultural lands.

My penultimate weekend, we went into Brisbane so I could say goodbye to the city. We drove to New Farm and walked through the gardens to the Avatar Tree, so my grandson could climb it. This huge Fig Tree is a feature, with a children’s park built around it, and where I have made a memory of my grandson each time I visit. We walked down to the City Cat Quay to take a ride up the river, this was a wonderful experience as we looked at the city skyscrapers and the skyline from the comfort of our seats. We disembarked at South Bank and walked through the gardens were the bougainvillea were out which was what I had hoped to see. After a lovely cup of hot coffee, we slowly made our way back to the pier to catch the City Cat back up the river to New Farm.  I was sad that COVID had prevented a visit into the shopping precinct of Brisbane, but guess it also saved me some money!  It was so good to have spent this time with my family making memories, as who knows if I will ever come back this way again! 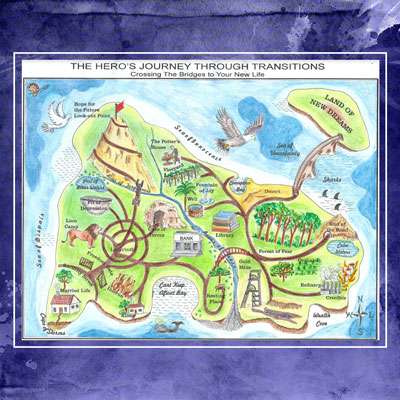