Early in the morning I walked up to the nearest ‘Passing Place’ above Inversnaid hotel to enjoy the view across Loch Lomond and the forest where feral goats were grazing. I then explored the other side of the hotel walking up to the bridge where it crosses the stream and the waterfall flows into the Loch. On the bridge was an ‘In memory of’ plaque of someone who had ‘crossed over to the other side’ so fitting.  It was difficult terrain to reach the last few steps to get level with the bridge to cross over the deep ravine, a reminder that the last stage of life can be the most difficult. This was where William Wordsworth penned “The Highland Maid,” a love poem to a woman he was smitten with in this place.

Nor am I loth, though pleased at heart,

For I, methinks, till I grow old,

As fair before me shall behold,

As I do now, the cabin small,

The lake, the bay, the waterfall;

And thee, the spirit of them all! (At Inversneyde, upon Loch Lomond)

Sweet Highland Girl, a very shower
Of beauty is thy earthly dower!
Twice seven consenting years have shed
Their utmost bounty on thy head:
And these grey rocks; that household lawn;
Those trees, a veil just half withdrawn;
This fall of water that doth make
A murmur near the silent lake;
This little bay; a quiet road
That holds in shelter thy Abode—
In truth together do ye seem
Like something fashioned in a dream;
Such Forms as from their covert peep
When earthly cares are laid asleep!
But, O fair Creature! in the light
Of common day, so heavenly bright,
I bless Thee, Vision as thou art,
I bless thee with a human heart;
God shield thee to thy latest years!
Thee, neither know I, nor thy peers;
And yet my eyes are filled with tears.

With earnest feeling I shall pray
For thee when I am far away:
For never saw I mien, or face,
In which more plainly I could trace
Benignity and home-bred sense
Ripening in perfect innocence.
Here scattered, like a random seed,
Remote from men, Thou dost not need
The embarrassed look of shy distress,
And maidenly shamefacedness:
Thou wear’st upon thy forehead clear
The freedom of a Mountaineer:
A face with gladness overspread!
Soft smiles, by human kindness bred!
And seemliness complete, that sways
Thy courtesies, about thee plays;
With no restraint, but such as springs
From quick and eager visitings
Of thoughts that lie beyond the reach

Of thy few words of English speech:
A bondage sweetly brooked, a strife
That gives thy gestures grace and life!
So have I, not unmoved in mind,
Seen birds of tempest-loving kind—
Thus beating up against the wind.

What hand but would a garland cull

For thee who art so beautiful?

Beside thee in some heathy dell;

Adopt your homely ways, and dress,

A Shepherd, thou a Shepherdess!

But I could frame a wish for thee

Thou art to me but as a wave

Of the wild sea; and I would have

Some claim upon thee, if I could,

Though but of common neighbourhood.

What joy to hear thee, and to see!

Thy elder Brother I would be,

Now thanks to Heaven! that of its grace

Hath led me to this lonely place.

Joy have I had; and going hence

I bear away my recompense.

Our Memory, feel that she hath eyes:

Then, why should I be loth to stir?

I feel this place was made for her;

Continued long as life shall last.

Nor am I loth, though pleased at heart,

For I, methinks, till I grow old,

As fair before me shall behold,

As I do now, the cabin small,

The lake, the bay, the waterfall;

And thee, the spirit of them all!

Paddle steamers were the mode of transport in the old days so the original roads around Loch Lomond were very busy; there was a stage coach service from Inversnaid in those days when Queen Victoria travelled by paddle steamer. The steamer “Princess May” in 1812 built by David Napier and the “Marion” used to chug their way up and down the Loch. General Wolfe and the Duke of Montrose both had stayed in this area.

Not far from Loch Lomond is Lake Katrine which we visited. The first steam powered boat on Lake Katrine was the “Rob Roy” followed by the “Sir Walter Scott” in 1901. Queen Victoria had opened the valves of Loch Arklet which is the header tank to Lake Katrine which has been supplying water since 1851.

We chugged our way down Lake Katrine, the throb of the engines and lapping of water in the wake of the “Sir Walter Scott,” which still had its original engines, fuelled now by diesel and not wood. We stood gazing at the highland cattle grazing on the open hillsides as the sun briefly lit up the dark rolling hills with their forest fringe and grey granite rocky outcrops. We chugged the length of the Loch from Stronachlachar to where the coaches were waiting for us at the Trossachs Pier. A variety of pines and birches and grew down to the water’s edge with luxuriant moss and ferns growing on the trees and on the banks.

This area is full of stories of the legendary Rob Roy who was held a prisoner on one the islands. Sir Walter Scott wrote “The Lady of the Lake” and “Rob Roy”, making this area famous.  The original Drovers Route was made into a toll road by the Duke of Montrose and is now called the Duke’s Pass. We drove past Loch Achray, the cottage gardens along the route ablaze with colour and perennial borders.  The slopes down to Loch Venachar had open fields dotted with clumps of sedge grasses with sheep and cattle grazing amongst them.  The Rob Roy and Trossachs Walking Trail are in this area and walkers often overnight at Inversnaid. We stopped at Callander which meant, ‘road to the beach’ our driver told us, according to the geology of the area: the Highland Boundary Fault is near here. We stopped for lunch at a small café where we ate soup and bread. The High Street was very pretty with a river at running at the bottom with a lovely bridge and picnic area.

We drove through the bracken clad hillsides of Strathshyre where foxgloves poked their head out of the greenery on the verges and hillsides.  In the past villages were built to discourage the clans from living in the hills and to make them a community in the villages where it would be easier to have control over them. We passed the viaducts of the old railway which was closed due to a rock fall, the site was declared unstable by geologists and was not repaired.  We drove through open meadowlands with buttercups and daisies, then on through LIX, which was named after the Roman 59th Legion which was stationed in the area.  A lot of the roads in Scotland were military roads, to enable troops to move quickly from one area to another.  We went past the old tollhouse on the way to Killen and the Dochart Falls, where we stopped off for a while to view the falls and the grave of the McNab family. The couple who sat at my table were McNabs so they took some photos and were obviously interested in this piece of history.  The old water Mill on the river (see photos) still turned as the waters flowed through it. The bridge over the river Dochart was a very narrow stone bridge which would only take traffic one way at a time.  I walked over the bridge to see a long stretch of very pretty rapids and falls as they chattered over the rocks and flowed away under the bridge.  I stood there meditating on the water that flows under the bridge which cannot return, I thought one has to keep going with the flow, not to try and swim upstream again; you can only cross over the bridge and move on.

Rob Roy was a cattle drover, he became very successful and owed three properties along Loch Lomond.  The drovers used to travel great distances, so there was a system of Drovers Inns along the route. Not only did they drive cattle, but also carried money and documents (same idea as couriers today).  They were able to carry weapons to protect themselves so they would stay at a Drovers Inn, the one on the main road along Loch Lomond was built in 1705. Everybody behaved like Rob Roy in those days, it was not just him and his clansmen, one must not judge the past by today’s standards. He died in his house at Inverlochlarig Beg, Balquhidder,   We also went past the Pulpit Rock, which was a large rock with a niche cut out of it.  The law required that people had to attend Church on Sundays, and the nearest church was at Tabor, which took about 7 hours to reach, so the people made this an outdoor church in 1850.  There was also an entrepreneur who set up a stall at the back of the rock to sell whiskey and cheese!  There were probably as many people on both sides of the rock! The narrow road was upgraded to Arlui, extending over the Loch in places.  A new church was built at Arlui, to replace the Pulpit Rock but this also fell into disrepair and was later turned in to a home.

We arrived at Inveruglas in time to catch the “Loch Lomond” back to Inversnaid for dinner after an interesting day exploring Rob Roy country.

YOUR UNIQUE PLACE IN TIME AND HISTORY

These children will have a unique slot in history as the COVID babies. We have no control over the time slot we are born into in history neither over who our parents are; this is by God’s grace.

END_OF_DOCUMENT_TOKEN_TO_BE_REPLACED 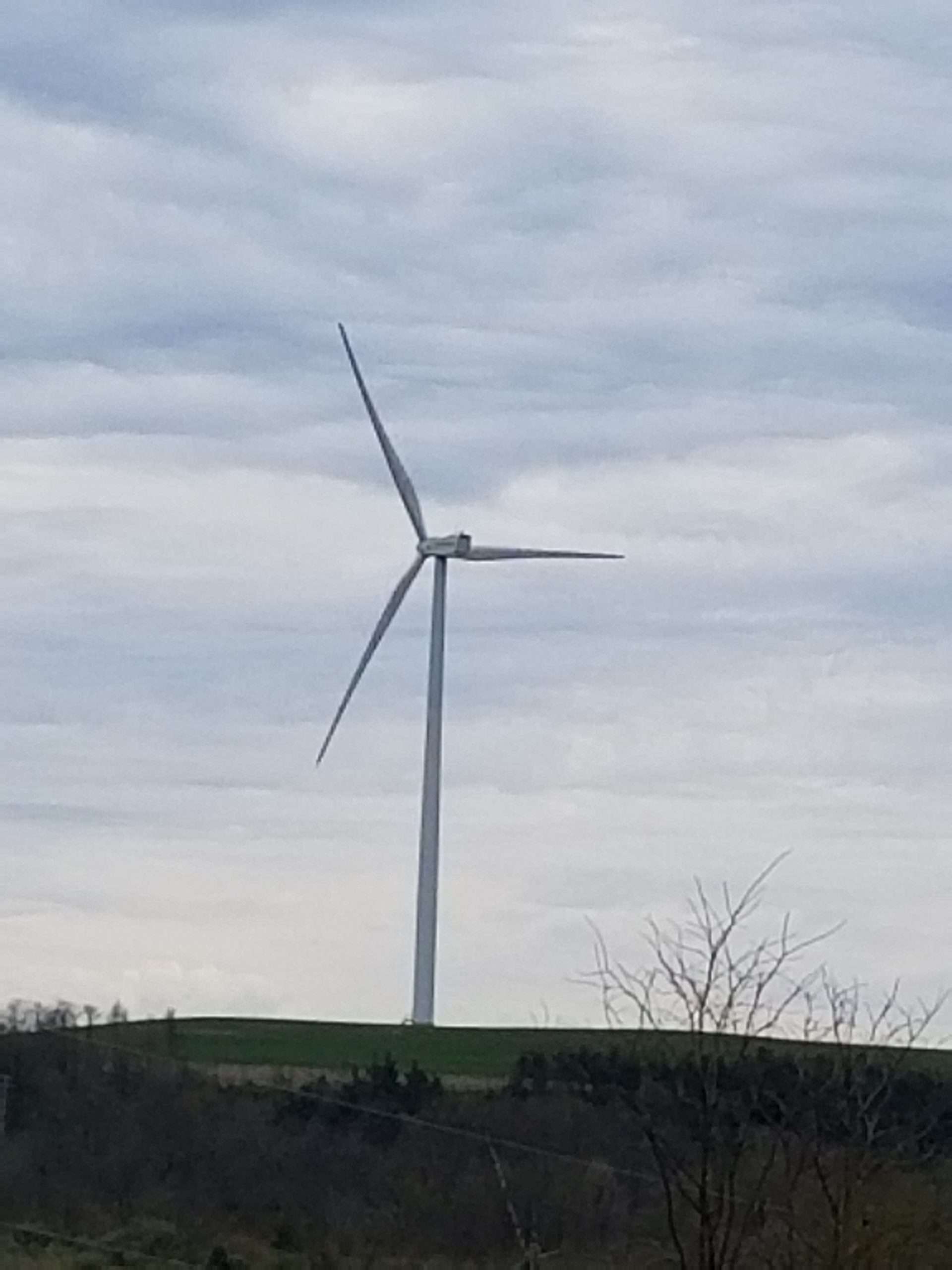 Like a windmill when you are facing difficult situations, you need the courage to face them head on, as a windmill faces into the strongest wind, the sails or blade of the windmill are set to capture the most energy.